Divorce can be an emotionally challenging time. Whether you’re the spouse initiating the divorce or the spouse who was blindsided by their partner’s intentions to leave, divorce is rarely easy. However, that doesn’t mean it’s impossible. If you and your spouse mutually agree that separating from one another is in your best interests, then ending your marriage is possible. Getting a divorce attorney in Alabama isn’t overly difficult as long as both spouses are in agreement about ending the marriage and are able to communicate effectively about what steps need to be taken to end the marriage legally. There are many different ways to initiate a divorce in Alabama depending on your unique circumstances, but regardless of which partner initiates the divorce there are several steps that remain the same for anyone who intends to get divorced in Alabama. 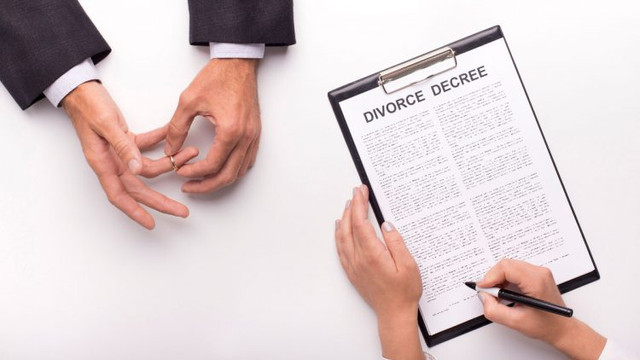 Who Can Get A Divorce In Alabama?

Anyone who is legally married can get a divorce in Alabama. You don’t have to have a reason for wanting a divorce, but there are certain circumstances under which you may need to prove that your marriage is irretrievably broken, that you and your spouse have been separated for a specific period of time, or that your spouse consents to the divorce. If you’re a minor and want to get a divorce in Alabama, you will need to get your parent’s or guardian’s permission to file for divorce. If you can’t get your parents or guardian to sign the paperwork, you’ll need to consult with an attorney to see what your options are.

How To File For Divorce In Alabama

The first step to getting a divorce in Alabama is to file a petition for divorce. This initiates the divorce process and begins the legal process of ending your marriage. You can file a petition for divorce at the local courthouse in the county where either you or your spouse lives. You’ll need to be prepared to provide the court with some basic information, including the length of your marriage, the date you were married, and the date you separated from your spouse. You’ll also need to provide your spouse’s contact information so that they can be notified about the divorce. You can file for divorce online, or you can visit or call the clerk’s office at the courthouse to get paperwork and instructions. Some courthouses may offer expedited filing times for an additional fee, so it’s a good idea to call ahead to see what your options are. After you file the initial petition for divorce, the court will assign a case number that you can use to follow the progress of your divorce.

What Is Equitable Distribution?

When Is Divorce Finalized?

The divorce process is different for everyone, but the average divorce takes between six and 10 months to become finalized. After the initial divorce filing, you’ll need to attend at least one hearing and provide the court with additional information and paperwork. After the court confirms that all the necessary documents and steps have been taken, they’ll proceed to finalize the divorce and issue a finalized divorce decree. If you have minor children, you and your spouse will need to attend a child custody hearing where the court will decide who gains custody of the children and what the custody arrangement looks like.

Alabama is a community property state, which means that all marital property is considered equally owned by both spouses. This applies even if one spouse earned all of the income or paid the entire cost of purchasing the property in question. The only exceptions to this rule are for property acquired by gift or inheritance during the marriage, property acquired before the marriage, or property that was acquired as part of a necessary and reasonable self-support. It’s important to note that these rules apply to all couples who get married in Alabama regardless of how long they’ve been married.