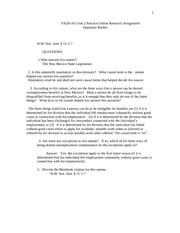 The directive prohibits any communication with undefined terrorists and anti-peace teams” and communications to overseas governments and NGOs that would affect safety, sovereignty and the constitutional order.” 23 These sweeping restrictions are each obscure and overbroad and curtail free expression rights nicely beyond the scope of the scenario.

Nonetheless, there are constraints on any justification: Article eight(2) of the EU Constitution specifies that processing must be ‘for specified purposes and on the idea of the consent of the individual concerned or another legitimate basis laid down by regulation’; and, according to Article 52(1) of the EU Constitution, any limitation should be supplied for by regulation and respect the essence of these rights and freedoms.